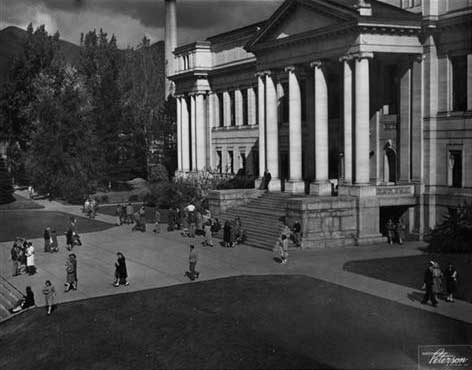 The A. Ray Olpin Union, which is the center of all non-academic activities on campus, is the main student clubhouse and office building at the University of Utah. The Union is also meant to serve as an escape from U students’ busy schedules. There are many areas for recreation and relaxation as well as meeting rooms and a food court.

From the time it was built, the Union has hosted hundreds of concerts, conferences, and campus events each year. School dances, recitals, and concerts held in the Union Ballroom have always been a favorite pastime. Back when the Union hosted Homecoming, students would flock to the large dance floor to meet new friends and swing dance the night away. The ladies could always be found with a paper and pen, it being tradition to write down the names of the lucky gents that asked them to dance. Students have also always loved to take advantage of the fully-equipped theater that is used for student recitals, conventions, and productions. Here they can enjoy plays put on by other students, University groups, or off-campus organizations.

The Union has always been a place to play. Many years ago, students could visit game rooms where billiards and cards could be played. The billiards tables remain today, along with table tennis, a VR gaming center, and a bowling alley.

Lounge areas fit with sofas and chairs for resting and socializing have always been provided for students. Back in the 40s and 50s, each lounge was equipped with a piano and radio and paintings by Utah artists adorned the walls. We still have the paintings, but radios have changed a bit since then.

The Union has always prided itself with providing great food at low prices. Breakfast, lunch, and dinner are served daily. Catering for banquets, parties, or other gatherings has always been available through the Union.

University groups have always been an important part of the campus experience. These organizations give students an opportunity to express themselves and their talents. The Union is an integral part in the success of these groups. Many organization offices can be found at the Union and campus activities are often held in the rooms or lounges of the Union building. 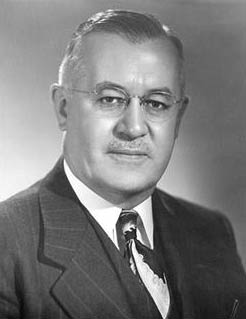 Albert Ray Olpin was the president of the University of Utah from 1946 to 1964 and led the university during a period of enormous growth and progress.

President Olpin graduated from Brigham Young University and received a Ph.D. in Physics from Columbia University. He then worked at Bell Laboratories where he conducted research that led to the first television broadcast. He directed research departments at Kendall Mills in North Carolina and at Ohio State University. Finally, in 1946 he became the president of the University of Utah.

Under Olpin’s presidency, university enrollment grew from 4,000 to 12,000 students, and the campus quadrupled in size. Many new programs were organized such as the Colleges of Fine Arts and Nursing. The university also awarded its first Ph.D. to James Sugihara in Chemistry, the football team defeated BYU in its first nationally televised game, and the university started its own television station, KUED.

Many of the buildings on campus today were built under President Olpin’s administration. President Olpin started a 10-year building program in which 30 buildings were completed, including Milton Bennion Hall, the Merrill Engineering Building, and, of course, the A. Ray Olpin Union Building.